Home › Blog › Are Sow Bugs Dangerous To Have Around My Springfield Property?

Are Sow Bugs Dangerous To Have Around My Springfield Property? 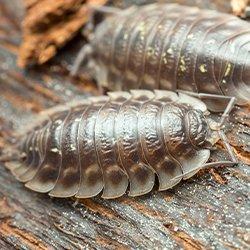 If you are a gardener or homeowner in Springfield or anywhere throughout Western Massachusetts, you may at times find yourself dealing with an unwelcome visitor. Sow bugs, which are also called woodlice, can be a nuisance in your home and destructive to your garden. They are often confused for their more well-known counterpart, the pill bug, which is often called the “roly-poly.” Despite their names, pill bugs and sow bugs aren’t technically bugs at all. They are crustaceans, and despite being the only crustaceans that spend their entire life on land, they are more closely related to a lobster than an ant or termite.

Sow bugs and pill bugs closely resemble each other, but you can tell them apart if you know the similarities and differences:

While they have adapted to live on land, sow bugs need water to survive. Because they are particularly vulnerable to water loss, sow bugs are mostly active at night and tend to remain in areas with high moisture content. These areas include:

If sow bugs do not have moist conditions like the ones described above, they usually die within two to three days.

The Issue With Sow Bugs

If you are dealing with a sow bug infestation, you can take heart in knowing they are mostly harmless and pose no real threat to people, pets, or property. They don’t spread diseases, bite, or sting, and they won’t destroy your home the way other pests will. These small crustaceans feed primarily on decaying organic material like grass clippings and mulch.

While they are just a nuisance indoors, sow bugs cause their biggest problems in your garden. In a garden, sow bugs will feed on new foliage, as well as the roots and stems of young plants, which can cause serious damage. They will also eat the skin off fruits or vegetables on the ground, causing them to be deformed.

How To Prevent Sow Bugs

While harmless to pets and people, sow bugs can still be a major annoyance if an infestation occurs in your home. There are a few basic steps that can help prevent sow bugs from taking over your home and garden. Since they thrive in moist areas, eliminating these environments can eliminate the presence of sow bugs around your property.  Some steps you can take to prevent sow bugs include:

If these steps don’t work, and the problem becomes too big for you to handle on your own, contact the professionals at American Pest Solutions to help you deal with your sow bug issues.

American Pest Solutions received an average rating of 4.9 out of 5 stars from 170 reviews. 4.9